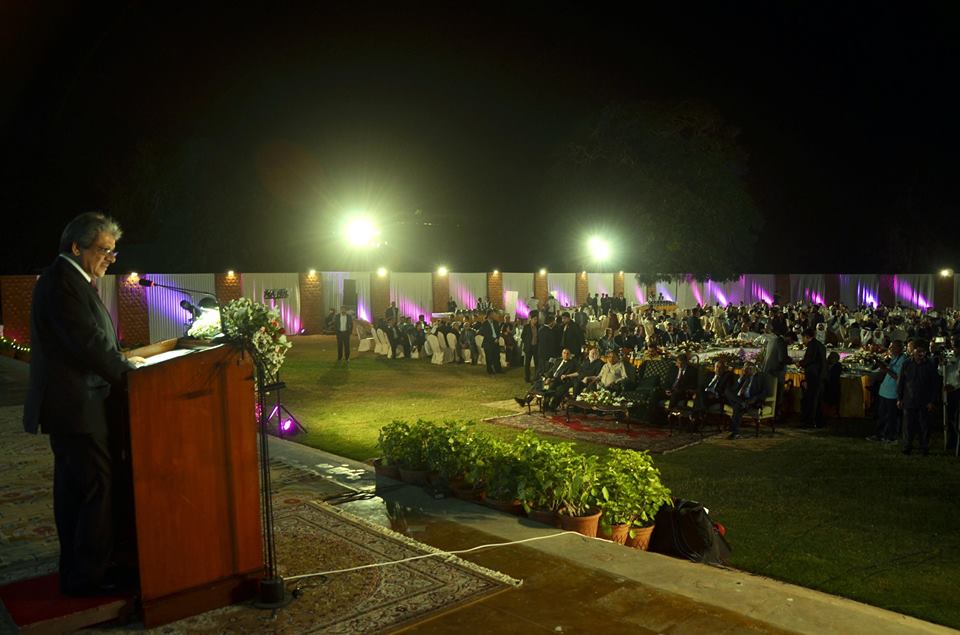 For the second time in the history of Pakistan, the 2nd Diplomatic & Foreign Investment Award 2016 was held at Governor House Karachi, Honorable Governor of Sindh Dr. Ishrat Ul Ebad Khan Nishan-e-Imtiaz was the Chief Guest at the Ceremony. The event was organized by Diplomatic Forum.

Mr. M. Asif Haroon, Founder President, Diplomatic Forum came up with this unique idea to help in building a softer image of the country by highlighting the investments that is being done in the country by the foreign and local investors. He organized the 1st Diplomatic & Foreign Investment Award in 2011.

The awards ceremony started with the welcome message of Mr. Rashid Ahmed Siddiqui- Patron-in-Chief, Diplomatic Forum who stated the aims & objectives of the forum. He said, “Our moto is to promote, enhance and strengthen relationships with foreign diplomats, businesses and social development entities”. This followed by the speech of Founder President Diplomats Forum Mr. Muhammad Asif Haroon who enlightened the Role of Diplomats and Foreign Investors in the Socio- Economic Development of Pakistan and also provided the highlights on the foreign investment inflow in Pakistan. S.M Muneer, Chief Executive, Trade Development Authority of Pakistan (TDAP) appreciated the role of foreign & local investors who are playing a vital role in the social and economical development of the country. He further said, “Diplomats are playing the role of a bridge to bring foreign investment in Pakistan”.

The Event was very well managed by Diplomatic Call International Consultancy. Diplomatic Call volunteers who were serving as GROs (Guest Relationship Officer), with their well-groomed personalities provided the outstanding services to the respected guests. They showed a very high professionalism by welcoming and seating the guests, taking care of their needs, and made them feel pleasant during the event with their delightful attitude.