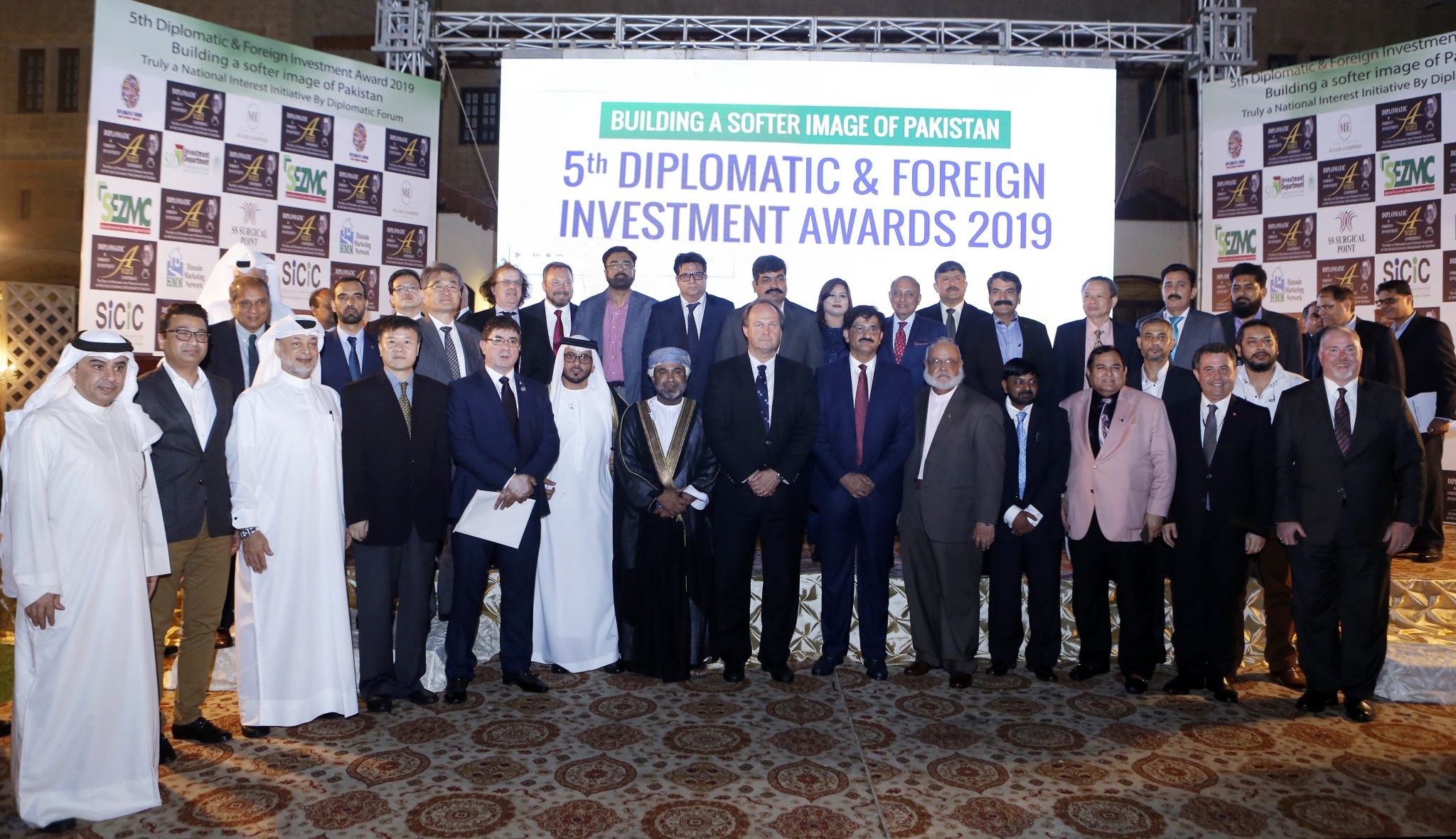 The event started by the welcome speech of Rear Admiral (Retd.), Tanveer Ahmed, Patron-in-Chief, Diplomatic Forum where he highlighted the work of the forum for the social & economic development of Pakistan.

Mr. Ahsan Ali Mangi, Secretary, Investment Department, Govt. of Sindh also spoke about the emerging investment opportunities in the Sindh province and highlighted the special economic zones. He further motivated foreign & local investors to invest in Sindh and announced the benefits of doing that.

Mr. Muhammad Asif Haroon, Founder & president, Diplomatic Forum during his speech said that “Diplomatic Forum is solely working for the national interest and no individual interest is involved in this”. He also announced that Diplomatic Forum is going to Sign an MOU with United Kingdom (U.K.) UK Pakistan Chamber of Commerce & Industry to promote bilateral trade and investments between the two countries.

In Last, Chief Minister of Sindh, Syed Murad Ali Shah congratulated all the award recipients and said that “I am truly impressed to see the quantum of work and efforts of the Diplomatic Forum for Socio Economic Foundation in organizing this extremely successful ceremony”. He further assured and said that “Pakistan and Sindh province are extremely attractive and safe place for all types of investment.”

The ceremony also had an MOU signing ceremony where President, Diplomatic Forum & President, UK Pakistan Chamber of Commerce & Industry signed MOU for the promotion of bilateral trade amongst both countries.