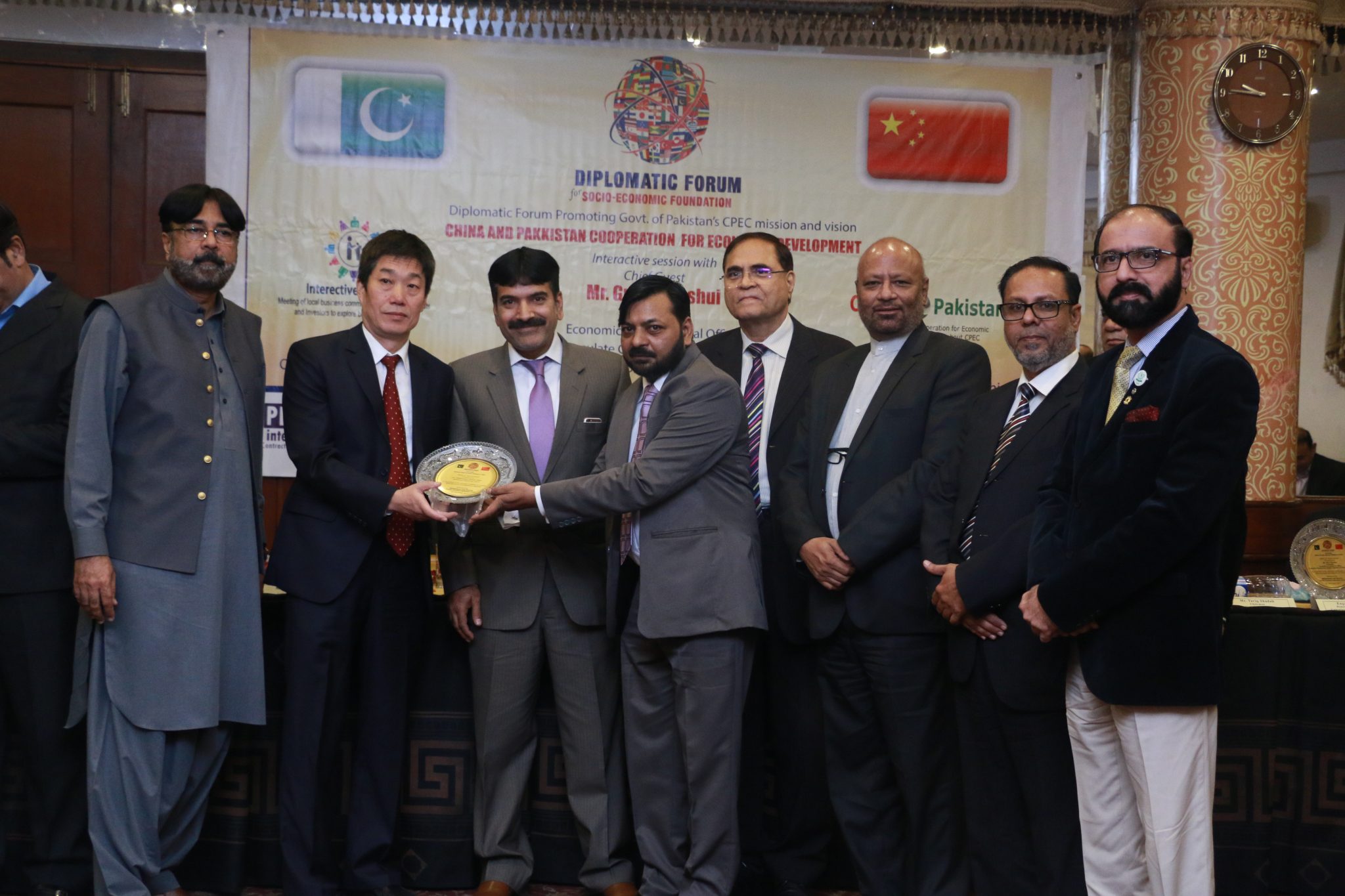 This interactive session facilitated local business community to interact with foreign diplomats and investors to explore and prospect business possibilities and favorable trade for the betterment of economy. During the session, participants discussed and shared their views about trade and how to boost import and export for the well-being of the both countries.

Many important topics like Expected Export Statistics from Gwadar Port, Information about Chinese companies registered in SECP, Investment opportunities in Pakistan and China and bilateral trade between the two countries were discussed.

Mr. Guo Chunshui, Counsellor, Economic & Commercial Office, Consulate General of the People’s Republic of China in Karachi in his speech appreciated Diplomatic Forum for bridging the gap between local business community and foreign diplomats and investors. He also admired the forum for successfully making a China and Pakistan Cooperation for Economic Development Committee about CPEC and for gathering well known businessmen from different sectors interested to invest in CPEC project.

Mr. Guo Chunshui while answering to a suggestion from the panel about helping the Karachi Business Community to sit and discuss CPEC opportunities with Chinese companies invited all the members of Diplomatic Forum to Peoples Republic of China to discover opportunities of mutual interest. He concluded by saying that Pakistan and China are two brother countries.