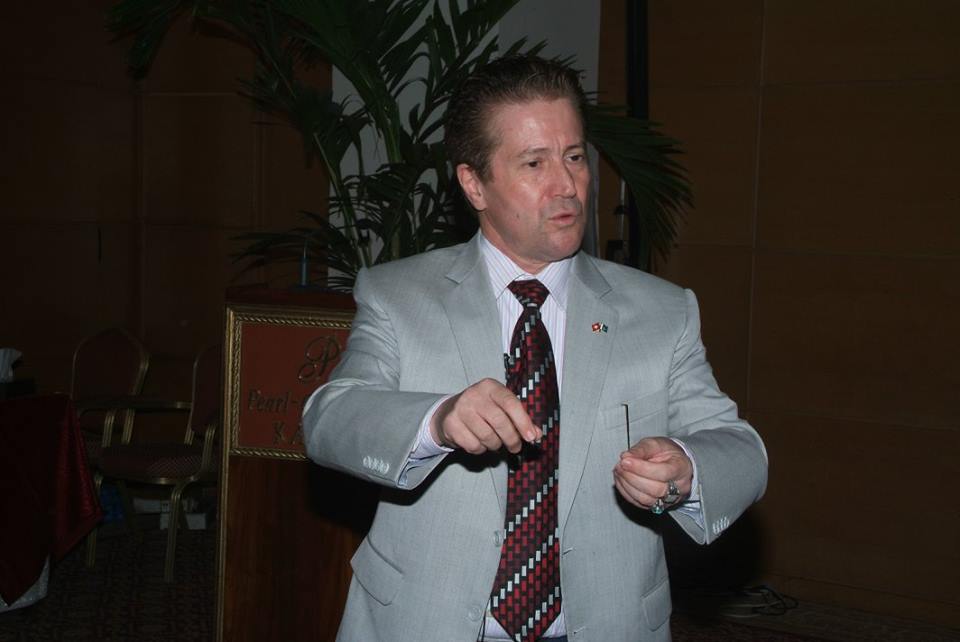 Pakistani entrepreneurs should diversify their business by visiting foreign countries in order to open up more avenues for their products, this was stated by Consul General of Switzerland in Karachi, Emil Wyss during an interactive session organized by Diplomatic Forum in the honor of Switzerland Consul General in Karachi, Mr. Emil Wyss on 12th December 2014 at PC Hotel Karachi. Speaking at a dinner hosted President, Diplomatic Forum said that bilateral trade between the two countries stands at a modest figure of $749 million but it could be multiplied through serious efforts. He said that, of late Pakistan has improved its image abroad due to the recent efforts to control law and order situation and Pakistan Day Military parade and resumption of international cricket at its home grounds are good signs in this regards.

Emil Wyss said that many positive things happened in Pakistan during past couple of months. “The casualties’ rate in Karachi has dropped significantly and it’s not among top 50 cities of world in murder rate,” he said and added that these facts never projected in Pakistan.

The consul general said that Pakistani companies are good in corporate social responsibility (CSR) and also the country ranked fourth in the world in philanthropy. He urged Pakistani businessmen to go abroad and find out new business partners. “Only businessmen can change perception of Pakistan,” he added.

He said that Switzerland is fifth largest country in terms of foreign direct investment in Pakistan. Many Swiss companies are successfully operating in various sectors including energy, chemicals, pharmaceuticals, agriculture, food, quality testing and machinery. He suggested that Switzerland should put direct investment in joint ventures in Pakistan. “Pakistan does not want aid or grant but wants to build relationship on equal basis,”

He concluded by saying that it is a good time for me serving in Pakistan and he appreciated Diplomatic Forum for showcasing the positive image of the country.